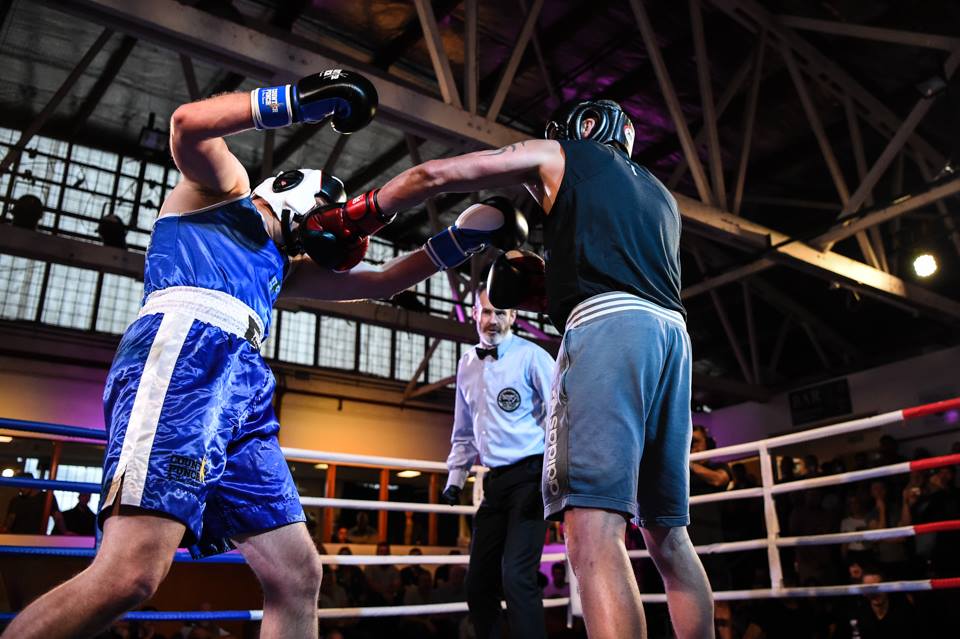 During Program 2 we had a lot of beginners give up on boxing and so we decided not to host a fight night with the fewer numbers. Instead we placed the remaining beginners into other fight night events. This gave us the opportunity to see how Boxing101.nz beginners training program compared against other fight gyms.

First up was Thomas Woodhouse who had his first fight on Sky TV!

He won in round 2 by Knockout. The game plan was to keep a tight guard and let his opponent tire himself out in the first round. As expected Thomas’s opponent came out strong and Thomas hung in there with great defense then finished it in Round 2. 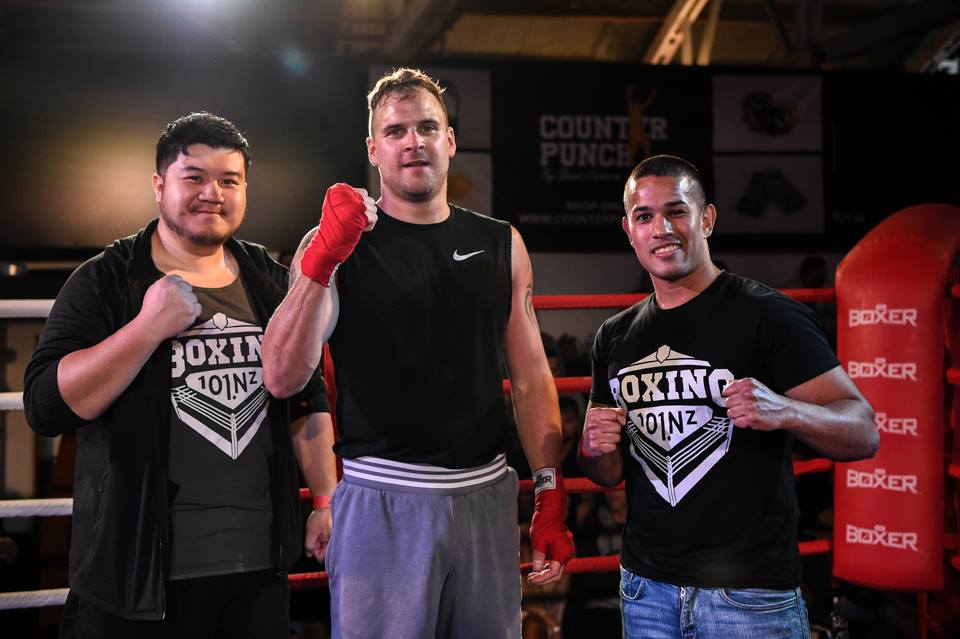 On the next fight night we had Phil Young, Daniel Irwin and Julian Tang weighing in for their fights.

All of the guys did well especially Phil (in the first picture) who also knocked out his opponent.

See Facebook.com/Boxing101NZ for the fight video. 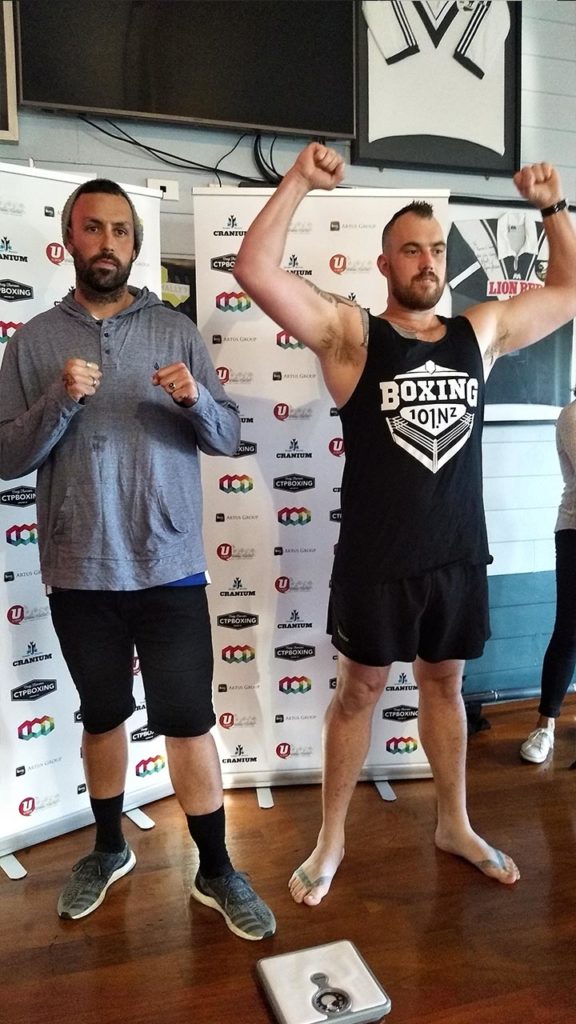 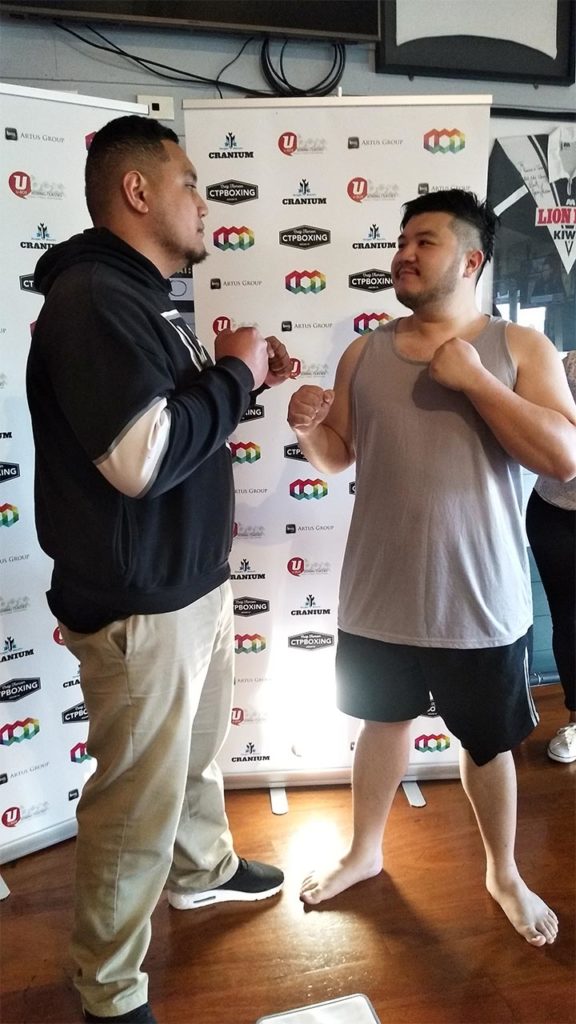 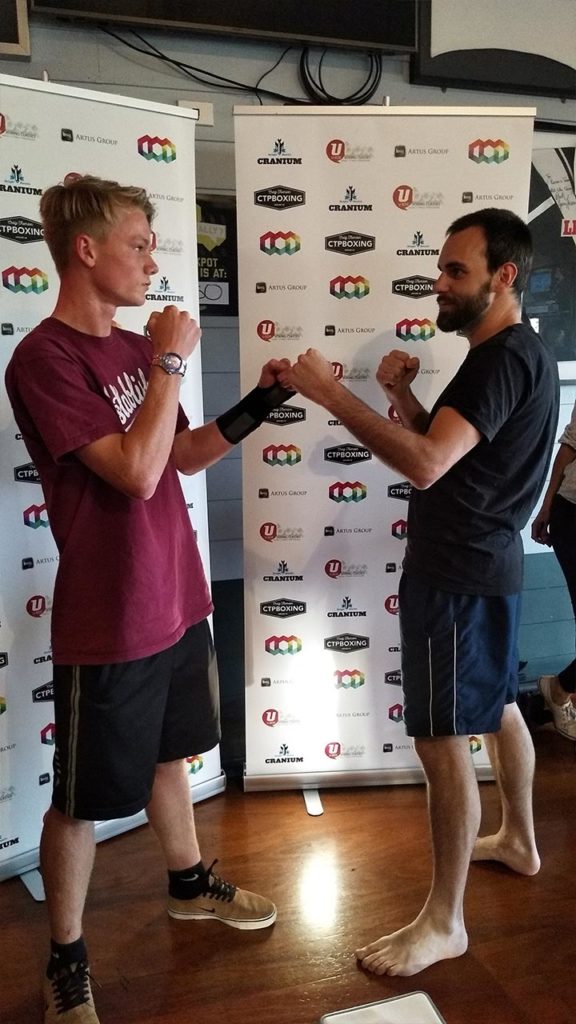 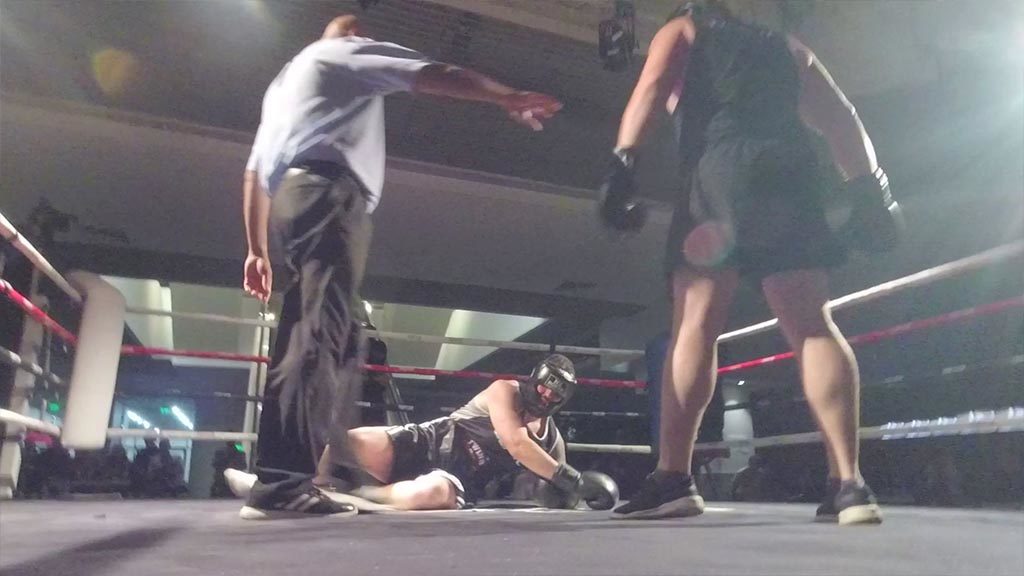 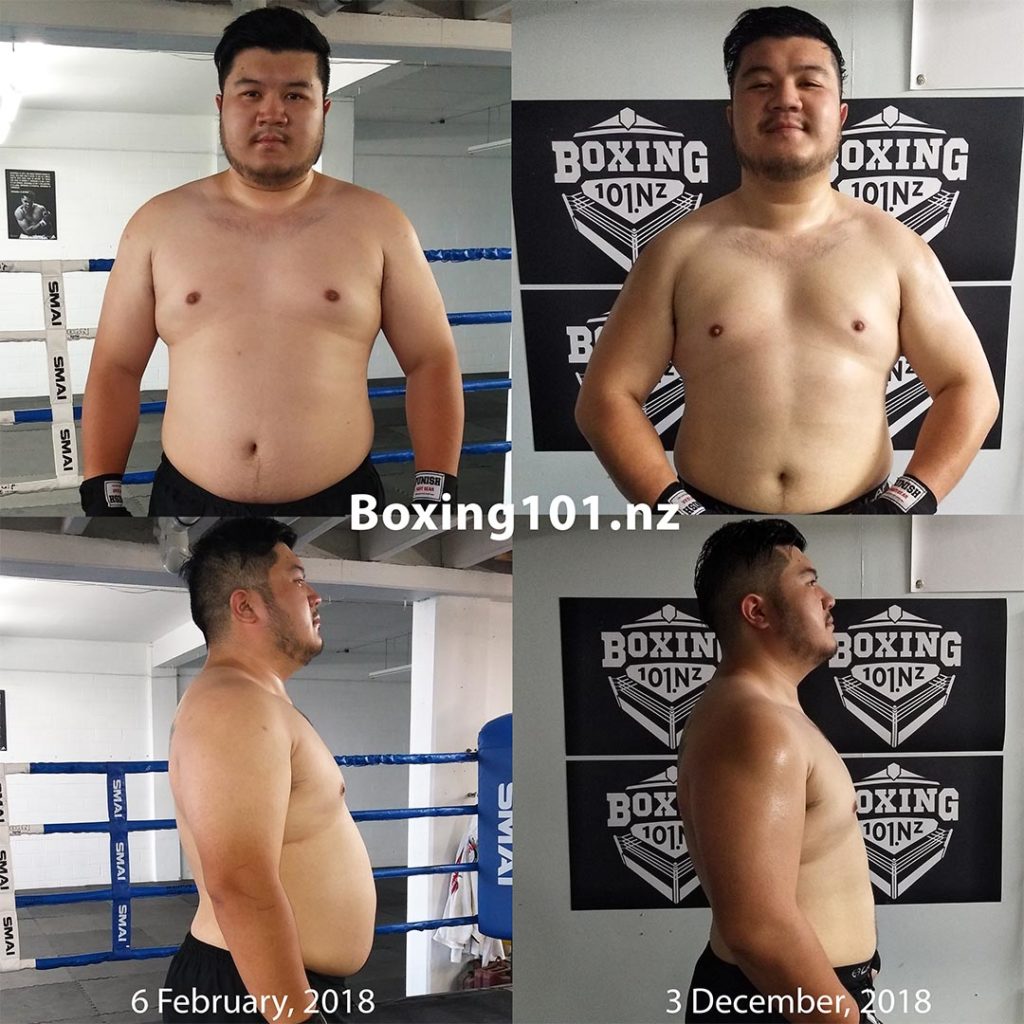 Congratulations to Julian Tang – most improved person coming through the www.Boxing101.nz program in its first year.

Julian was untrained and did not have any previous athletic training. And he did not have to follow a strict diet! I can only imagine how much weight he would have lost if he cut out sugar.

Julian is now able to use this new level of fitness and skills to lose weight even faster and burn more calories. In the last 6 weeks alone he has lost 5-6kg.

Another 12kg would see Julian reach his end goal, so that he can fight in the 91kg heavyweight division.

To see Julian’s journey view the videos on www.YouTube.com/Boxing101NZwhere I have been documenting the program. 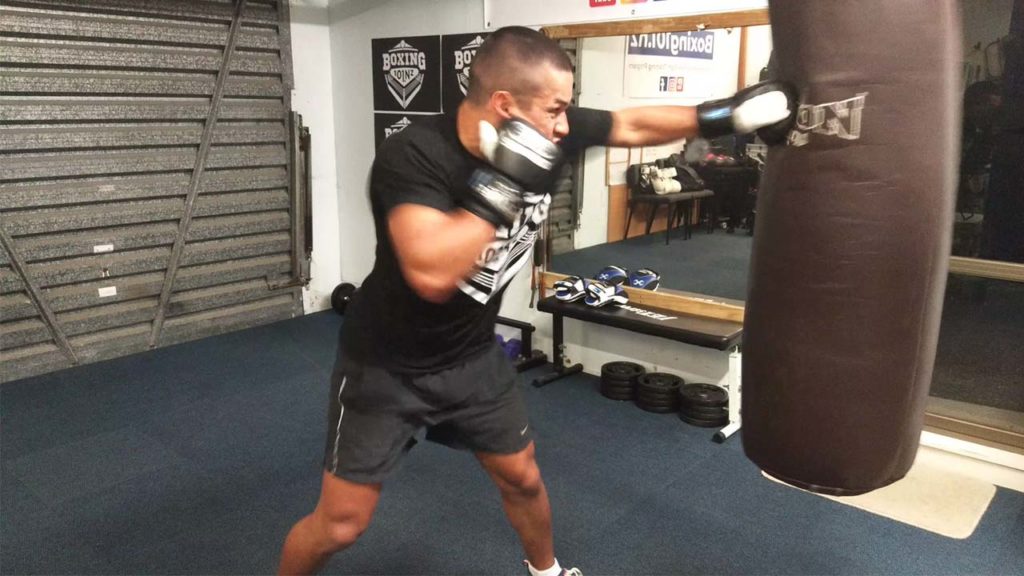 I’m working on new boxing tutorials, click the image to view the video for a demonstration and introduction walk-through of what you will learn when you first start boxing with me.

How to do Boxing – Beginners Technique Tutorial (Introduction)

I’ve been back in training a couple months now and plan to spend more time focusing on myself and return to competition, especially now that i’m almost 30. I want to make the most of my next 10 years.

This means I wont be running the www.Boxing101.nz program next year but I will still be available for personal training sessions.

I will continue to post my training progress and tutorial videos to the social media pages. I will also keep them updated of any changes.

Thanks to everyone that has participated in the program this year. 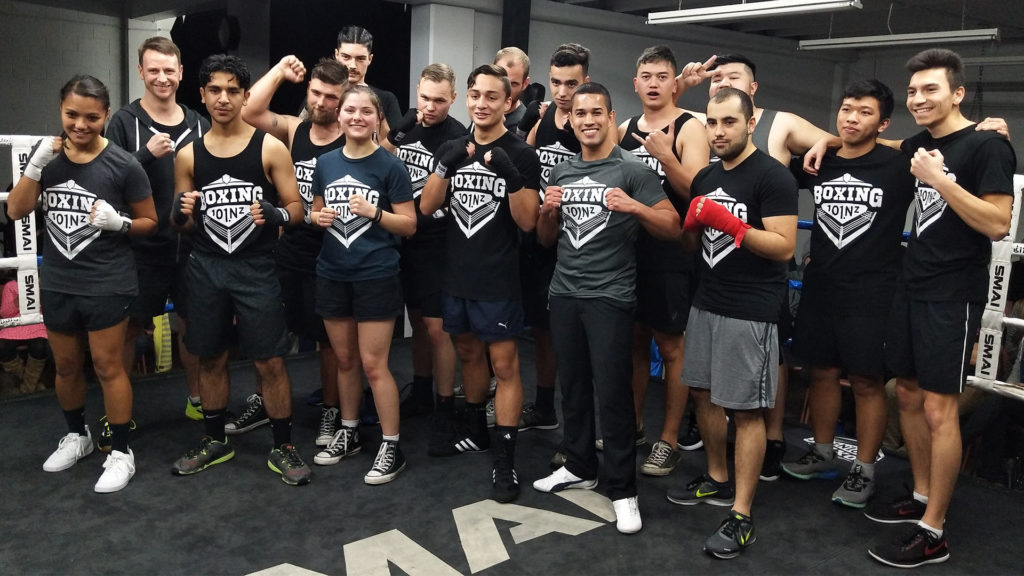 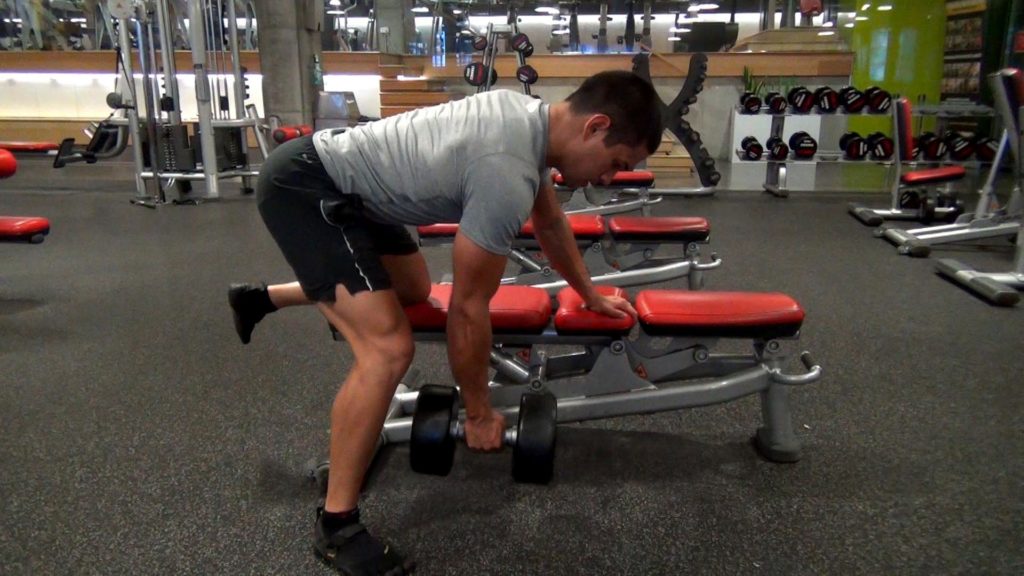 I setup a website for gym based exercise programs that complement sport and recreation: www.Fitness101.nz

Want to get in shape? Don’t know how to use the weights gym? Want to educate yourself on the topic? Check out the website.

This summer I will be available for personal training: www.DayneWilliams.com

Located in Birkenhead on the North Shore.

Missed out on previous newsletters? Want to know what has happened with the program this year? See the Articles page where all posts are archived. 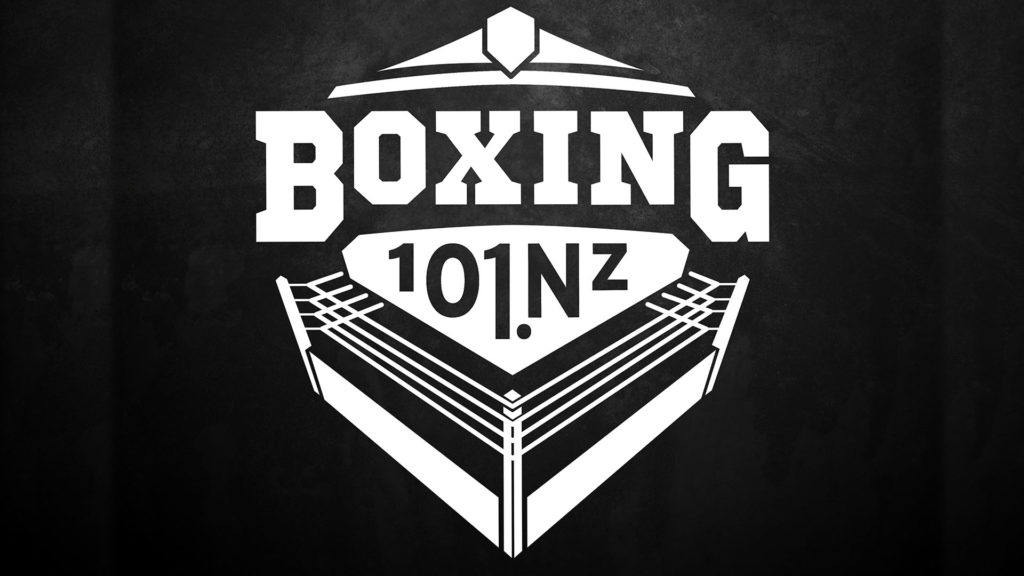