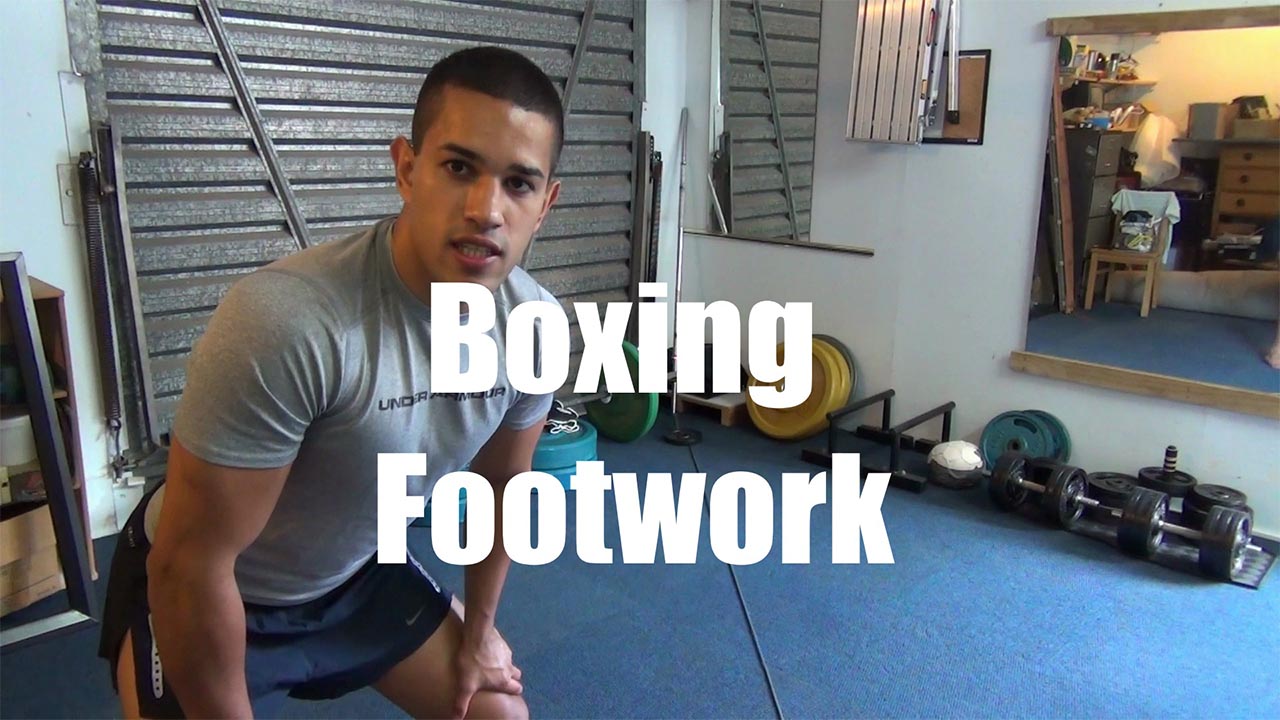 With the boxing stance you learnt in the previous video you now need to learn how to move while maintaining that boxing stance.

There are 3 boxing footwork drills I like to use with beginners in helping them learn how to move in that boxing stance. So that they can punch from that stance regardless of the position that they are in. And we are going to use a skipping rope as you can see in the video – stretched out with weight plates on either side to keep it straight.

Forward and Back Line Drill

In the first drill we are going to move up and down the line in stance. Lift up your front leg and press off of your back leg to move forward – we are next going to pick up our back leg and bring it that exact same distance that the front leg traveled.

To move back pick up your back leg and press off of your front leg. A big mistake beginners will make is move forward with their front leg and then bring their back leg much too close to their front leg – this ruins the boxing stance. As I said we want to maintain our stance – we can’t punch from that position if our legs are together.

When in the correct stance – regardless of the position that I am in, regardless of where I am up and down the line I can punch from that position.

Another mistake people make is they will pick their front leg up and take big steps. All you need to do is raise the foot slightly and then you can just glide across the floor. Movements should be quick and not easily predictable by your opponent.

Keep your hands up during the drills to get used to keeping a good guard and it is also the position from where your punches will release from.

A big mistake beginners will make is when they step laterally they will take too big of a step over the line and therefore their opposite foot will be several inches away from the line. These several inches make it extremely difficult to step back over to the other side of the line again on your return.

These 3 boxing footwork drills will help you perfect it. You will be able to move quickly around the boxing bag and punch at a moments notice because you will still be in your boxing stance.

A big mistake people will make is that when they step laterally into square number 3 from square number 2 they will instead step diagonally and land somewhere in between square 3 and 4.

The idea is to practice your accuracy when moving between the squares so that every time you move you land in a square and in stance.

Practice these drills until you have mastered them and able to move in stance like I am in the video.