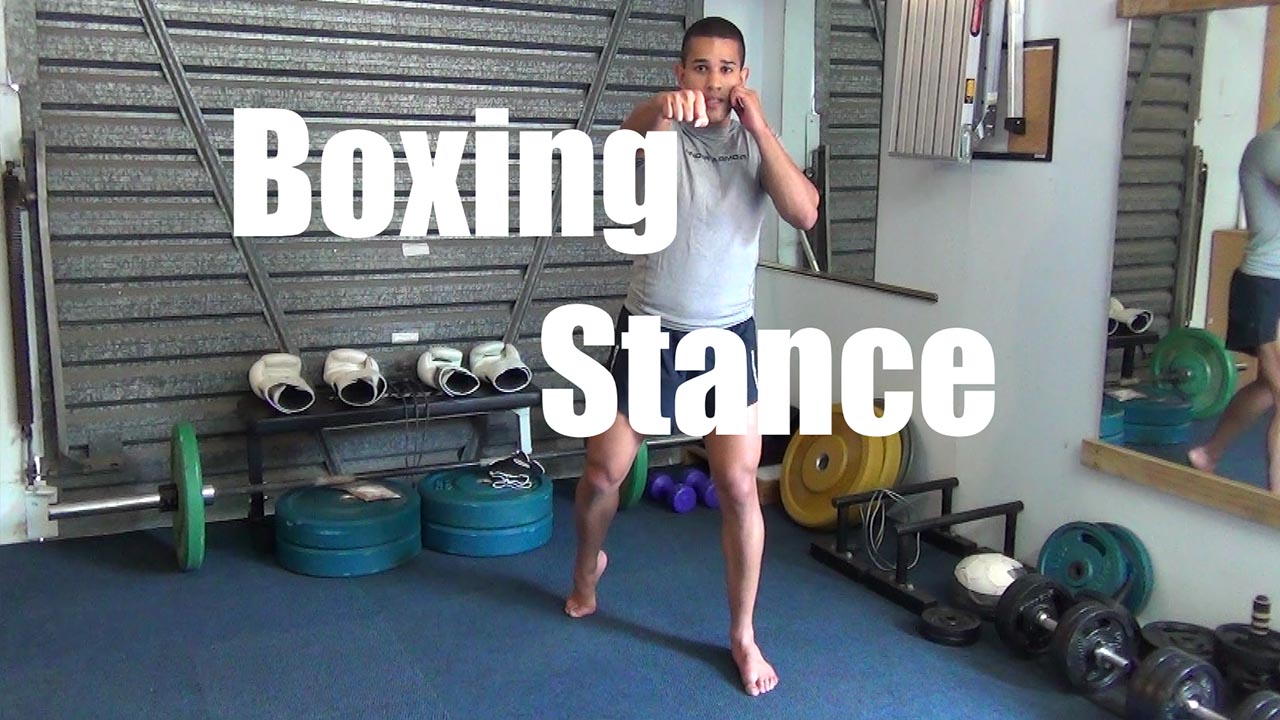 This video will teach you the technique points for learning how to stand in the correct boxing stance.

You should have a nice stable stance laterally. There should be a decent space between your two feet. This stance is known as a squared up stance – it is the best stance for beginners to start learning boxing from.

The squared stance makes it easier for you to reach your opponent (or the boxing bag) with your back hand. It is also easier to generate force and transfer your body weight with each punch – important for linking punches together quickly to form combinations.

The stance makes it easier to generate force with your back hand by allowing the hip and knee to travel forward without being impinged as well as being able to press onto the ball the foot to deliver a forceful punch.

Your boxing stance should be more or less maintained regardless of where you move – because at a moments notice you may be required to strike your opponent and it is best done when in your stance. It is also important to remember that from this stance you are best able to block and evade punches using weaves or slips or simply moving out of range.

Master this basic boxing stance as it will make it easier for you to learn the boxing defensive and offensive skills that are taught later in the tutorial series.