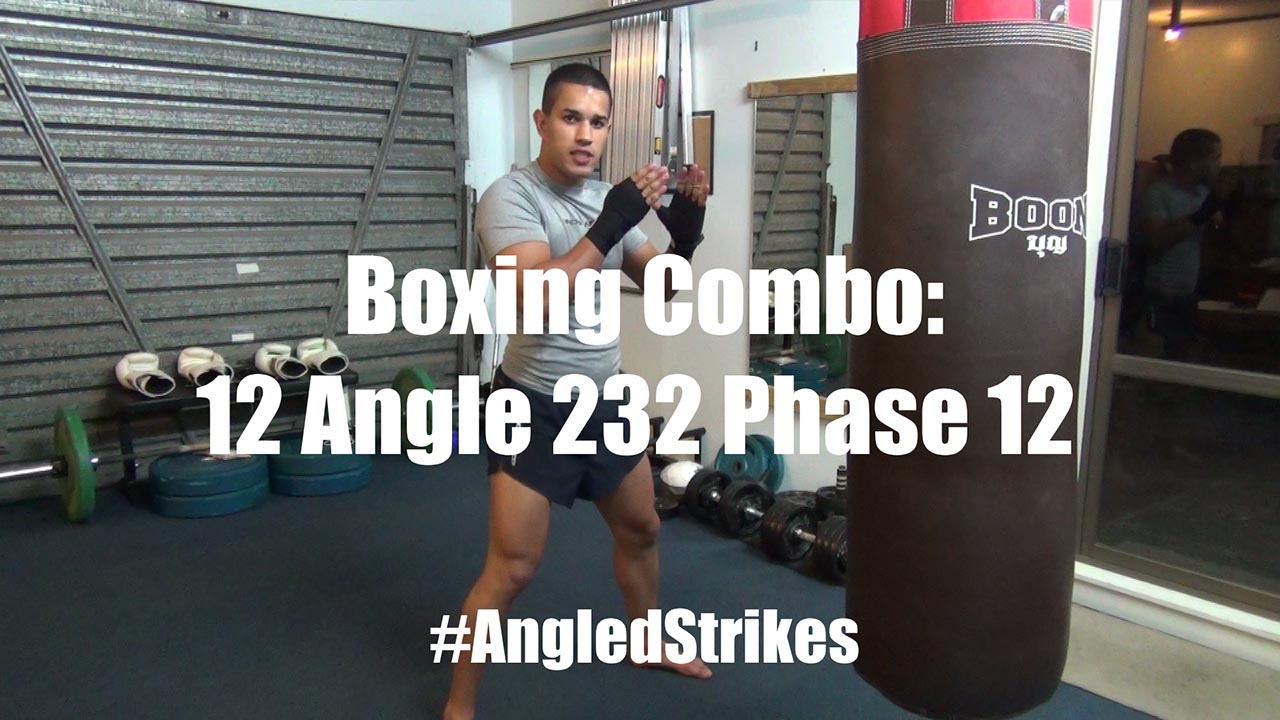 In this tutorial you will learn a boxing combination that teaches you how to pivot to quickly change angle when in firing range. It is a versatile combo that changes the attackers angle with agile footwork to strike an opponent from a different angle after the initial strike. The attacker next moves out of range before re-engaging for a final strike.

After the first 1-2 punch combo we change the angle 45 degrees to position ourselves on the side of our opponents guard where we may strike next.

This change of angle move is also evasive of counter punches as we are no longer in the position we were previously. We then use our momentum generated from the change of angle to perform a 232 combination. Next, step out of punch range for if a counter punch happens to be coming and then re engage once again.

This is all easier said than done. Practicing this combination and drills alike will significantly improve your boxing footwork and then at times in fights you will use the skills without even realizing it.

It is important to note that for the angle change to work your opponent needs to be somewhat occupied and temporarily distracted when you take the opportunity to change the angle. Opportunities present themselves after you have landed a punch on your opponent or you strike your opponent on the gloves when they are fully defensed – hiding behind their guard. By changing angle we can get around that guard while they are focusing on covering up.

After the 232 we practice phasing out by pressing off the front foot to move out of range. Then simply step in with the jab and 2. Practice this combo angling to the right as well as the left.

How to Change Angles in Boxing – Advanced Footwork

In the tutorial above I explain the angle change with a partner drill opposed to on the boxing bag.

I explain angle changes as it is used in an offensive attack as well as defensively. They both use the same technique but it is just applied in different situations.

Notice how the angle change is now 90 degrees opposed to 45 degrees in my first video. We are taking it to the next level now.

A point I highlight is that after the initial strike you want to cut a sharp 90 degrees rather than what most people do – simply side step or wide step 45 degrees. Practicing a 90 degree cut is like a little physical workout of its own – your leg musculature gets trained to develop that power that is able to move your body to cover that amount of distance.

Repeat this drill many times.

Next strike with the 232 on the angle change as before and finally add the phase 12.

Remember when you change angle to the left – step with the left foot to cut 90 degrees then pivot with the back foot.

When changing angle to the right – pivot with the right foot then step with the left.

It is the reverse for southpaws.