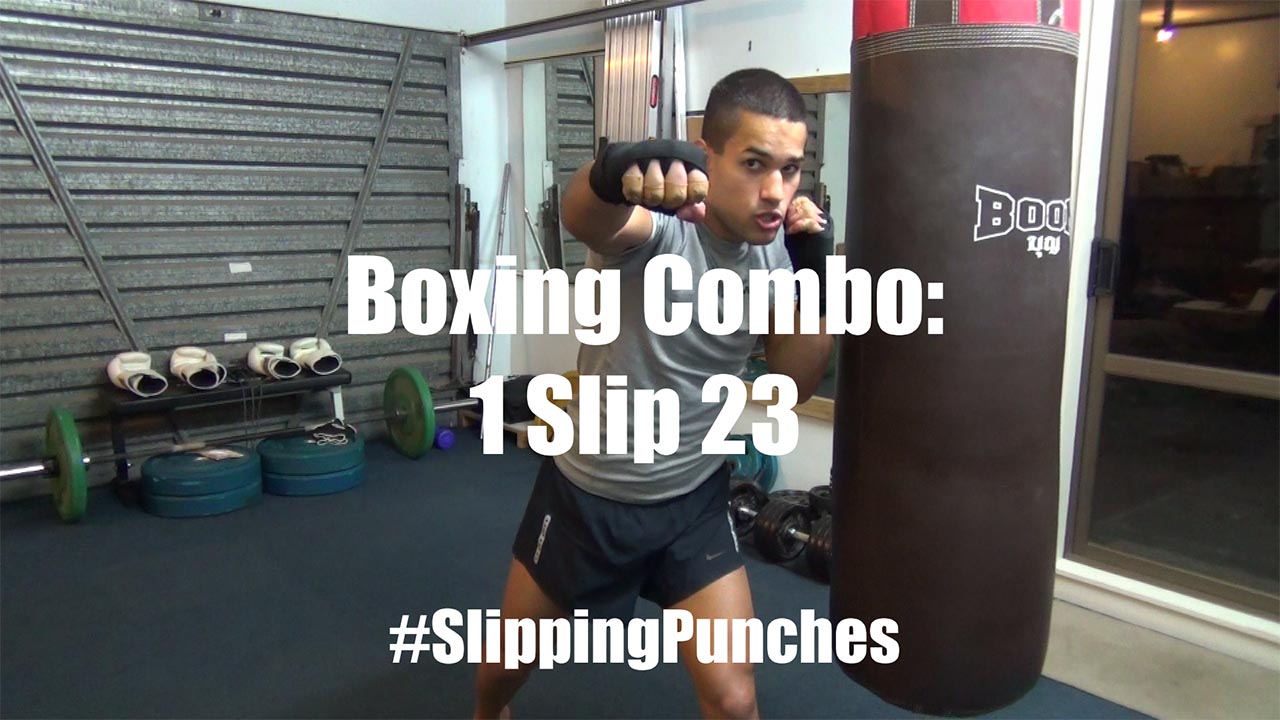 There are many ways to defend yourself in Boxing.

Previously I have presented a brief tutorial about blocking punches but now we are going to learn how to evade punches. The difference is… with blocking – your opponents punches land on you but you catch the hits on your guard using various techniques. Whereas by evading a punch you are moving out of the way of the strike and there are various evasion techniques you may use depending on the punch coming at you. Because it is best to avoid uneccessary impact on your guard and evasion techniques can also setup your offensive attacks too.

Evasion is divided into 3 different skills – footwork, weaving and slipping. In this video we will cover slips.

Slips are for evading straight punches while weaving is for evading hooks. Good footwork can help you evade any punch by moving you out of danger at the right moment. This is where timing comes in by knowing your range. A good boxer moves in to strike and moves out quickly by predicting their opponents actions which is a skill set of its own. Footwork is your primary evasion option whereas weaving and slips are for when you are in fighting range and under fire.

All evasion techniques should be performed with your guard for added protection.

In this tutorial you will learn how to slip both the left and right straight punches of your opponent and how to follow on with strikes after slipping their punch. Because with these techniques you do not need to withdraw yourself from the fight – you stay in there, evade incoming strikes and retaliate with your own because as you slip a punch you position your body and bodyweight to follow on and strike back.

The 1 Slip 23 boxing combination is the focus of this video. We learn how to slip a punch to position ourselves for a left hook. More commonly you would slip a punch and punch at the same time – take a look at the pictures shown at the 48:00 second mark of the video where I am slipping a punch while punching at the same time on my opponent. In the first picture I slip to the left and throw a jab, in the second I slip to the right and throw a right cross.

When you slip a boxing punch you are simply taking a small step and rotating your body shifting your bodyweight to move your center line to the side. As you move your center line to the side you are therefore moving your head along with it. And because you are shifting your bodyweight and stepping in as you slip you may as well throw a straight punch with the slip. Now your lead hook is loaded and you go from there.

To conclude –
Slipping is the single best boxing evasion technique and you should definitely learn it as you will use it frequently. It is not just a technique that applies to agile lightweight boxers – heavyweights can use the slip technique with equal effectiveness in the ring too.