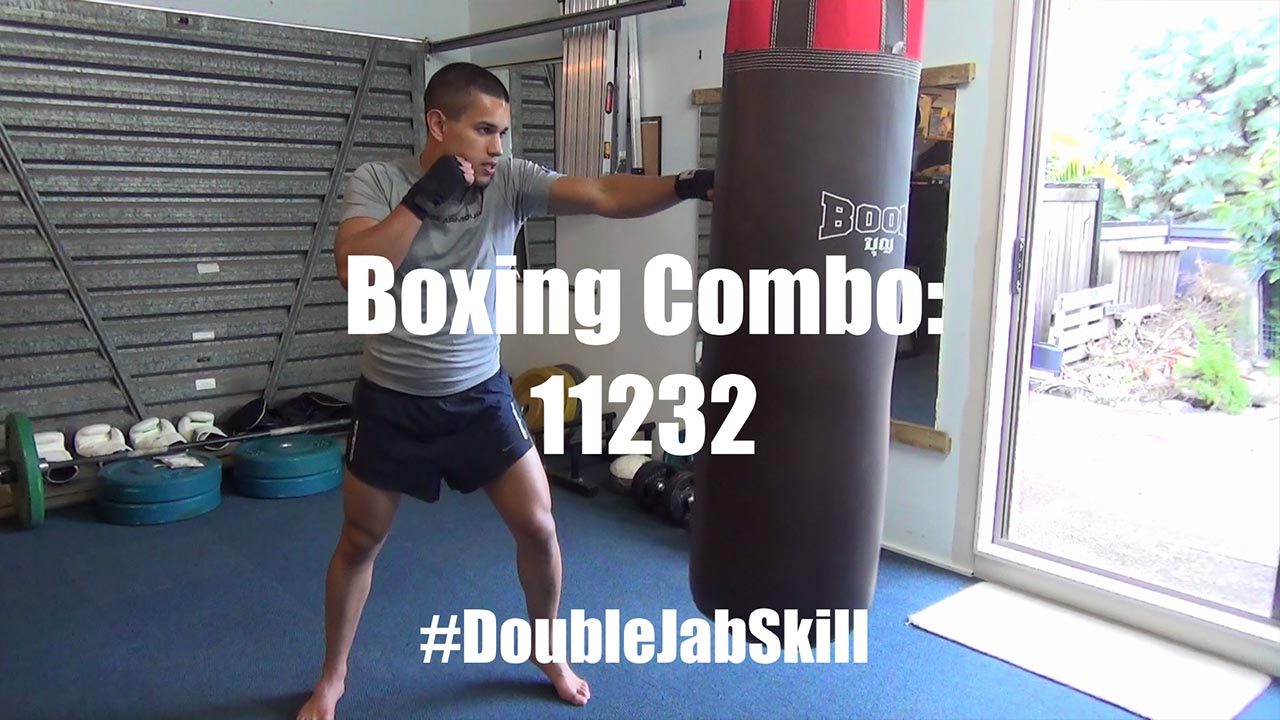 A quick, strong jab can tire and dismantle your opponent. Therefore the double jab is an important skill in boxing.

Take a small step per jab, retract your hand back to your face to guard it and then jab from the face again. Be sure to begin the combination from out of range of the bag as if it were an opponent.