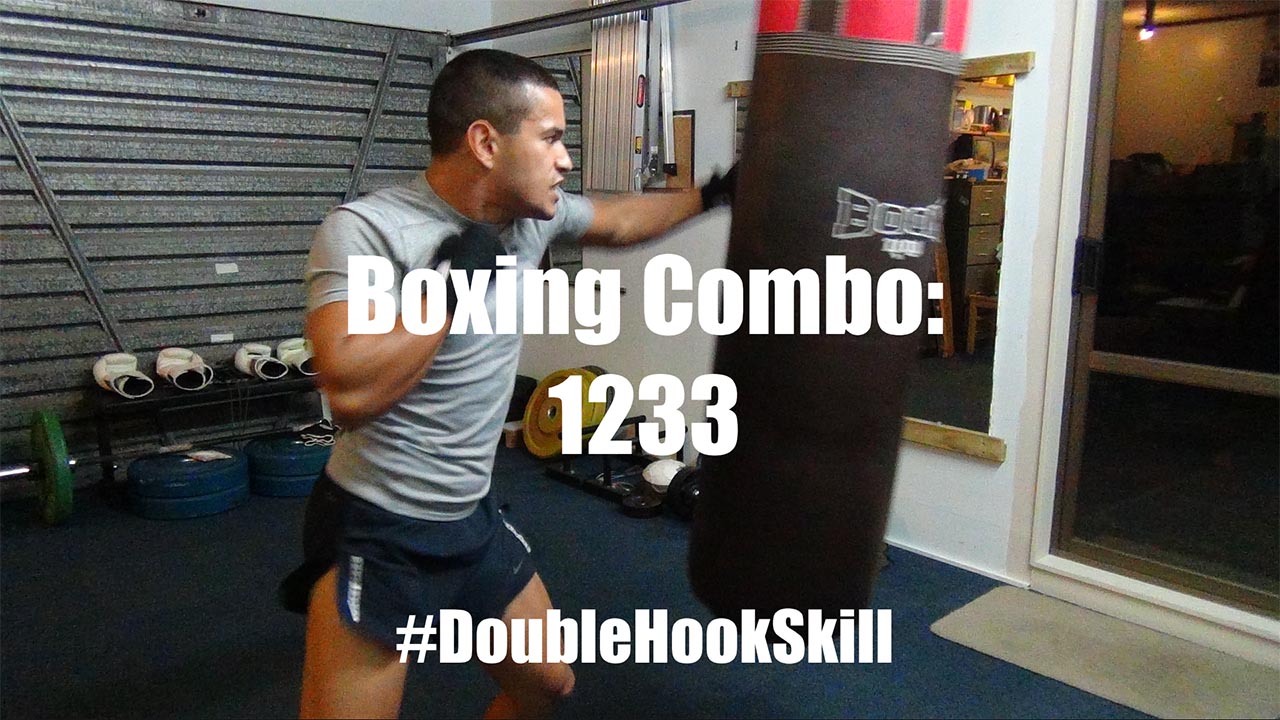 Boxing combinations usually flow from one hit into another as your body’s weight shifts. But in this case we are not going to throw a hit from the opposing arm following the first left hook. We are instead going to quickly reload the left hook and fire again as if the first hook lands and the opportunity is still open.

With the double left hook you want to bring your hand back to your guard after the first left hook. This readies the left hand to throw another hook and also guards you in between punches if needed.

A common mistake people make is they will just use their arm to reload for the second left hook instead of transferring the weight back again after its been thrown. Because remember – you need to throw a left hook with your body weight as the arm is simply an extension.

Another mistake is people will leave their arm suspended in the air after the first left hook. You need to bring it back to your guard as you are transferring the body weight back again.

This tutorial concludes left hooks in this tutorial series. In future videos i’ll speak about long range left hooks as the technique is slightly adjusted.