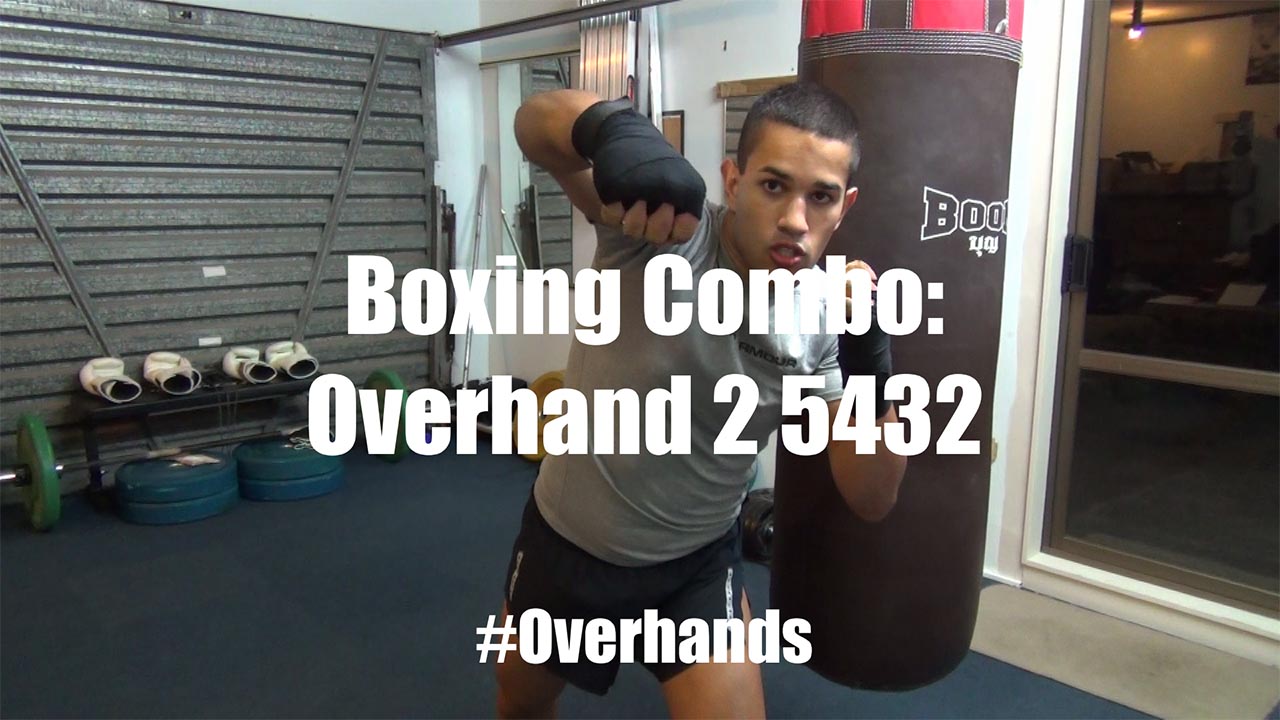 The overhand is what the name implies – it is a punch you throw over the hands of your opponent to hit them in the head. Sometimes pulling or pushing your opponents hands down on the strike. With the overhand 2 5432 boxing combination we are emphasizing the overhand punch – and the rest of the punches flow and follow on to turn it into a little combination for you to practice.

So after the overhand we are coming up with the left uppercut while our body weight is loaded for it. Next we follow with the backhand hook, lead hook and finally a straight backhand.

Perform the boxing combo by stepping in as if you were throwing a jab but instead of jabbing move straight into the overhand. When you throw the overhand come down with your knuckles striking their nose at a high point. The force should be directed down almost rather than straight like with the 2 punch.